(This is an excerpt from June 2013 issue of Gekkan Nippon Magazine.)

No end of trouble!

Prime Minister Abe, Please Stop This Vaccination at Once!

“I want to die.” Those were the words of a young girl aged just 13 at the time.

The reality of the harmful side effects of a vaccine to prevent cervical cancer is becoming evident. The vaccine received approval under the administration of the Democratic Party of Japan soon after the change of government in 2009, and some local governments began providing subsidized vaccinations the following year.

The elder daughter of Mika Matsufuji of Suginami-ku, Tokyo, received a second dose of the cervical cancer vaccine Cervarix on October 19, 2011. The girl, aged 12 at the time, received the injection in the muscle of her upper left arm. She immediately felt pain and numbness in her hands, and three hours after the injection the pain spread to her shoulder, left leg and thigh, and down to her toes. She suffered vomiting and headaches, and the left side of her back swelled abnormally. Even now, the girl still suffers pain.

According to the Ministry of Health, Labor, and Welfare (MHLW), 1,926 cases of side effects have been reported nationwide; the number of victims can be expected to further increase from now on. The National Liaison Council for Victims of Cervical Cancer Vaccine is receiving a variety of reports about the harmful side effects. People talk about “a throbbing pain that turned into a sharp pain like being hit with a hammer,” “not being able to stand up and walk at all,” “being almost bedridden,” “motor function disorder,” and “difficulty remembering and calculating.” But despite the fact that it has caused such serious side effects, this vaccine was approved at extraordinary speed, and already \15 billion of public money has been spent on it. What is this cervical cancer vaccine, and what problems are lurking behind it?

What is this cervical cancer vaccine?

Since this vaccine is not effective after HPV infection, its aim is to prevent HPV infection by injecting the vaccine before women become sexually active.

However, Toshie Ikeda, secretary of the National Liaison Council for Victims of Cervical Cancer Vaccine (and member of the Hino City Assembly), points out the following: “First of all, the cause-and-effect relationship between HPV infection and cervical cancer is not clear. It has only been shown that HPV infection exists in cases of cervical cancer. The mechanism by which HPV infection causes cervical cancer has not been revealed. Certainly the probability of HPV infection increases as people get older and more sexually active. But in almost all cases, the virus is discharged in a precancerous condition by the body’s own immune system. It does not inevitably lead to cervical cancer.

“Because the precancerous condition [dysplasia] has been overemphasized, the impression has been created that the increased risk of cervical cancer among women in their twenties and thirties, when they become more sexually active, means that they are going to die from cervical cancer.

“The reality, however, is just that women might get infected with the HPV virus. Cases in which HPV infection leads to cervical cancer and, in the worst scenario, death are almost entirely limited to elderly people in their sixties or over. And this pattern of people becoming ill in old age and sometimes dying from the disease is the same as that for other cancers. There are almost no cases of women in their twenties getting cervical cancer and dying from it. So it is quite insincere to argue as if women in their twenties are at grave risk of cervical cancer and to ballyhoo a vaccine that can prevent this disease.”

The graph as attached is from a pamphlet for a cervical cancer vaccine awareness-raising campaign. It seems to show that the occurrence of cervical cancer increases sharply among women in their thirties, but this is a pernicious manipulation of the facts. This graph does not show cases of actual cervical cancer but cases of dysplasia, the precancerous condition.

Dysplasia is caused by HPV infection, but it is not cancer as such. Dysplasia (low, medium, high grade) is said to transform into intraepithelial carcinoma and then invasive carcinoma, or cervical cancer, but most dysplasia heals naturally.

“Actually,” “says Ikeda, “Harald zur Hausen, the German scientist who discovered the human papillomavirus and a Nobel Prize winner, has written that the vaccine is effective not against cancer but against the precancerous condition, that is, dysplasia. The precancerous condition sometimes does turn cancerous, but often it just disappears as well. In the case of cervical cancer, it is said that almost all cases will probably disappear. The Tumor Research Office of the Department of Obstetrics and Gynecology in Keio University’s School of Medicine has issued an opinion backing Hausen’s assertion. It is now known that cervical cancer is not caused by HPV infection alone. Various environmental factors are also at work, such as smoking and infection by microorganisms. In other words, this vaccine has absolutely no track record relating to the reduction of cervical cancer.”

Vaccination has been promoted by giving the false impression that dysplasia is the same as the onset of cervical cancer itself.

At present there are two vaccines that have been approved in Japan: Cervarix, manufactured by the UK company GlaxoSmithKline (GSK), and Gardasil, manufactured by the US firm Merck & Co. There are around 100 types of HPV, and these two vaccines do not prevent all of the HPV strains. Cervarix is effective against HPV types 16 and 18, and Gardasil is effective against HPV types 6, 11, 16, and 18. They do not prevent types 52 and 58, which are the strains most often seen among Japanese people.

Furthermore, GSK proclaims peace of mind for 20 or 30 years and advertises the product as if it has long-term effect, saying that if the vaccine is injected into young teenage girls, its effect can be expected to last well into their adulthood. In practice, however, the effect lasts for just six or seven years, so even if the vaccine is injected into teenage girls, it will have lost its effect by the time they are adults.

The “Fact Sheet Regarding the Human Papillomavirus (HPV),” issued by the National Institute of Infectious Diseases of Japan on July 7, 2010, states as follows: “The effect of the HPV vaccine in preventing the occurrence of precancerous lesions in the cervix is thought to last from at least 5 years to 6.4 years after vaccination.” Also, in response to a written question submitted by Eriko Yamatani, a member of the House of Councillors, the government’s reply on August 6, 2010, was that “Although it has been confirmed that the preventive effect lasts for 6.4 years at the most, the duration of the preventive effect has not been established.”

Thus, the true nature of the “cervical cancer vaccine” is that it does not prevent cervical cancer as such; it is effective in preventing only a very small number of HPV types; its preventive period is very short; and it has serious side effects that could wreck a person’s life. A whopping budget is being earmarked for this vaccine—\15 billion a year so far and a scheduled \100 billion in 2013—yet the process by which it obtained approval, and this huge budget, is rather spurious.

Approval of the HPV vaccine and the allotment of public money for subsidies took place at a speed that can only be described as extraordinary. There were three factors in the background of this approval and subsidization: political pressure, lobbying, and extraordinary guidance from the MHLW.

On June 29, 2011, Akira Matsu, a New Komeito member of the House of Councillors, got up and asked a question in the upper house’s Committee of Audit (quoted from the official record of the meeting): “I want this vaccine to be approved as quickly as possible. . . . I understand that it will probably be approved in Japan by the end of this year, but in other countries it is already being used on girls aged 11 or 12 years. . . . Since it is not the case that bacteria are being injected, actually there are almost no side effects. Everyone understands this in other countries. I would like to ask whether Japan will be able to maintain the setup after approval and whether the use of public funds as subsidies is being considered.”

Matsu was actively pushing for approval and subsidization of the cervical cancer vaccine. In her investigations into Cervarix, Mika Matsufuji, the representative of the National Liaison Council for Victims of Cervical Cancer Vaccine, heard an odd rumor: “I heard that the husband of Akira Matsu is an advisory lawyer for GlaxoSmithKline. Surprised, I made an inquiry to New Komeito. The reply was that ‘There is no truth in this matter,’ but . . .” The editorial board of this magazine, through the public relations department of New Komeito, requested an interview with Matsu, but instead we received a written reply from the PR department as follows: “Akira Matsu is extremely busy and is unable to make time for an interview. . . . Regarding your suggestion that her husband is an advisory lawyer for GlaxoSmithKline, there is no truth in this matter.”

On August 31, 2009, Cervarix was approved by the Second Pharmaceuticals Subcommittee of the Pharmaceutical Affairs and Food Sanitation Council of the MHLW. The record of that meeting includes the following statement: “As of August 2009, this vaccine had received approval in 96 countries in Europe and elsewhere. At the present point in time, while no similar medical product has received approval in Japan, demands from medical circles for clinical use of the HPV vaccine as a means of preventing cervical cancer and social interest are increasing. In view of this background, an application for approval of the manufacture and sale of this vaccine was filed on September 26, 2007, without waiting for the completion of domestic clinical trials and in accordance with the instructions of the MHLW.

Examples of Critical Side Effects of Cervarix (Some of the 1,926 cases)

No. of persons with cervical cancer (years) Age

The occurrence of cervical cancer peaks among women in their thirties. If the cervical cancer vaccine is given to teenage girls, its effect can be expected to continue for a long time into their adulthood. In addition, in order to detect cervical cancer that cannot be prevented by the vaccine early, it is recommended that women have regular tests from their twenties. Japan Vaccine hopes that teenage girls will look after their uteruses by following these two guidelines.

Process up to Approval of Cervarix

Protect women’s lives and health from cervical cancer with a vaccine!

On July 21, 2010, the group of New Komeito members of the Nakano-ku municipal assembly submitted a “Demand for Further Improvement of Measures to Protect Life” to Nakano-ku Mayor Daisuke Tanaka. They called for the establishment of a subsidy system for cervical cancer and pediatric pneumococcal vaccine. For details, see http://www.nakano-komei.net.

The Cries of the Vaccine’s Victims The adverse reactions to cervica... 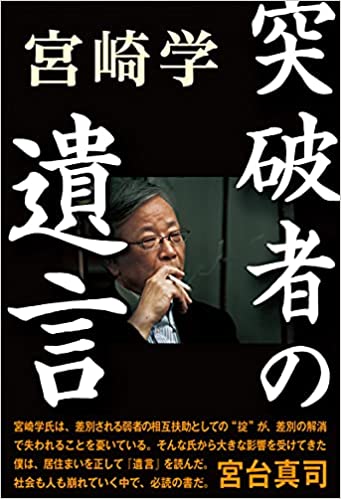 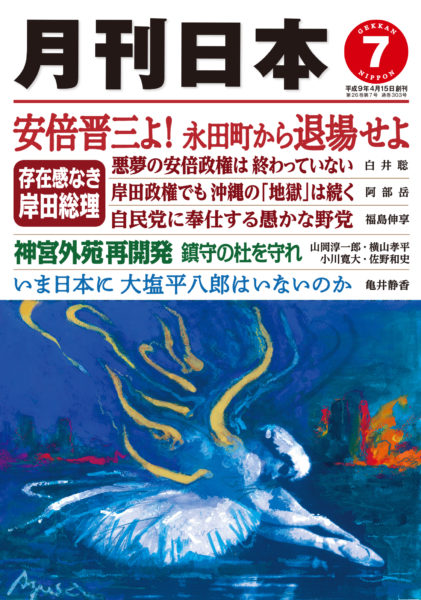